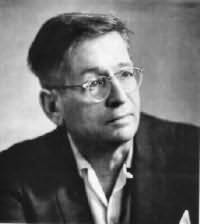 (1909 - 1976)
Pangborn was born in New York City, and later attended Harvard and the New England Conservatory of Music. He became a farmer, served in the Medical Corps during World War II, and published his first science fiction short story in 1951. He died in 1976.