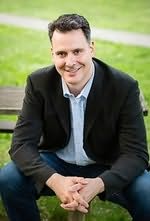 Matthew FitzSimmons, an American boy from Illinois, grew up in London in the 1970s under the baleful eye of the Kings Road punks. His otherwise idyllic childhood was shattered by the traumatic experience of seeing Star Wars on December 27, 1977 in Leicester Square, listening to his father sleep through what was clearly the greatest cinematic achievement of all time, and fearing he was adopted.

For college, he attended Swarthmore College where he earned a B.A. in Psychology but lived largely in and for the theater.

After several years in New York City, and having learned he wouldnt do absolutely anything to make it, he absconded to China. There he wrote a first novel (the less said about which the better), played center back for a foreigners soccer team, sparked a near riot and was forced to write a ziwo pipan (self-criticism) by the University of Nanjinghis first work of political fiction.

He now lives in Washington, D.C., where he taught English literature and theater at a private high school for over a decade. He cohabitates with a pair of old boots, collects bourbon and classic soul LPs, and wonders if he will ever write anything half as good as the first sentence of James Crumley's The Last Good Kiss.

Star of the North (2018)
D B John
"The timeliest thriller of 2018. An intricately constructed puzzle box of spies and tradecraft that plunges the reader on a cyanide-laced sprint through North Korea."

No Good Deed (2018)
Victor Gischler
"I'd call it an edge-of-your seat thriller but it's more: Gischler has set the whole chair on fire."

Hunt Them Down (2019)
(Pierce Hunt, book 1)
Simon Gervais
"From the first page, Hunt Them Down is a stick of dynamite that Simon Gervais hands you, masterfully lights, and then dares you to put down before it explodes. Don’t. It’s worth a few fingers to read to the end."

The Rescue (2019)
(Ryan Decker, book 1)
Steven Konkoly
"The Rescue grabs you like a bear trap and never lets go. No one writes action sequences any better than Steve Konkoly—he drops his heroes into impossible situations and leaves you no option but to keep your head down, follow where they lead, and hope you make it out alive."

Black Nowhere (2019)
(Lisa Tanchik, book 1)
Reece Hirsch
"Black Nowhere is a Dark Web Scarface for the twenty-first century! Fast, smart, and timely, Hirsch hits all the right notes in this cat-and-mouse page-turner that exposes the false utopia promised by the modern internet. I hope there is much more to come from Special Agent Lisa Tanchik."