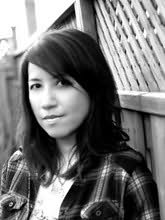 Karin was born in South America, grew up in Canada, and worked in the Arctic. Her first novel WARCHILD won the 2001 Warner Aspect First Novel Contest. Both WARCHILD (2002) and her third novel CAGEBIRD (2005) were finalists for the Philip K. Dick Award. CAGEBIRD won the Prix Aurora Award in 2006 for Best Long-Form Work in English and the Spectrum Award also in 2006. Her second novel BURNDIVE debuted at #7 on the Locus Bestseller List. Her books have been translated into French, Hebrew, and Japanese.