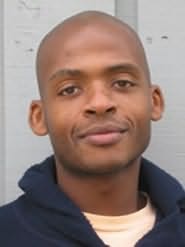 (b.1974)
Kiese Laymon is an American writer, editor and a professor of English and Creative Writing at the University of Mississippi.
Novels
Long Division (2013)

Vengeance (2018)
Zachary Lazar
"More than any book I’ve read in the twenty-first century, Zachary Lazar’s Vengeance makes the reader reckon with the questions of what’s real, what’s imagined, and why those questions matter more in 2017 than at any other time in our nation. . . . Vengeance reminds me of what is possible through deft, imaginative, ‘real’ storytelling."

The Atlas of Reds and Blues (2019)
Devi S Laskar
"Devi S. Laskar's The Atlas of Reds and Blues is as narratively beautiful as it is brutal. In prose that moves between cushioning characters' falls and ushering our understandings of characters' utopias, Laskar creates a world where the consequences of American terror never stop reverberating. I've never read a novel that does nearly as much in so few pages. Laskar has changed how we will all write about state-sanctioned terror in this nation."

These Ghosts Are Family (2020)
Maisy Card
"I suspect many readers will talk about the consequences of unspoken generational trauma in These Ghosts Are Family, but I'm most amazed by the deft use of characterization, place and embodiment here. This book is a master class in writing home as a collection of odd spirits and a mobile metaphor."

Every Bone a Prayer (2020)
Ashley Blooms
"This is the kind of book we need to set literary expectations for a new decade. It's so textured, so layered with love and so wonderfully terrifying, intimate and magical."

The Prophets (2021)
Robert Jones Jr
"The Prophets is easily the most superb tutorial in writing and loving I have ever read. I’m convinced Morrison, Baldwin, and Bambara sat around sipping wine one night, talking about the day we’d read an offering like The Prophets. Robert Jones, Jr., is a once-in-a-generation cultural worker whose art thankfully will be imitated for generations."

Libertie (2021)
Kaitlyn Greenidge
"I want to say that Kaitlyn Greenidge's Libertie is a glorious diasporic literary song, but the novel is so much more than that. A book so deeply invested in the politics and place of silence is one of the most melodious books I've read in decades. The ambition in Libertie is only exceeded by Greenidge's skill. This is it."
Visitors to this page also looked at these authors
Lorana Hoopes
India
Serge Joncour
Alyssa Cole
Celeste Ng
Clifford 'Spud' Johnson
Graham Moore
Gayl Jones
Lutishia Lovely
Jo Nesbø
Linda Castillo
J A Jance
George Pelecanos
Janet Evanovich
James Patterson
Walter Mosley