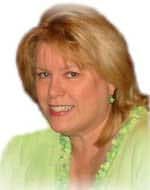 As a short story writer, Christine Matthews works have appeared in many collections including Deadly Allies II, Ellery Queen's Mystery Magazine, Lethal Ladies, For Crime Out Loud I and II, and Till Death Do Us Part.

Her novels include Murder is the Deal of the Day, The Masks of Auntie Laveau which the Los Angeles Times called a blueprint for how to write a thriller -, and Same Time, Next Murder. All three were co-authored with her husband, Robert J. Randisi. Recently she served as editor of and contributor to Deadly Housewives, published by Avon/Morrow in April 2006.

Under her real name, Marthayn Pelegrimas, she has written over forty short stories in the dark fantasy, science fiction, and horror genres, appearing in such anthologies as Borderlands 3, Best of the Midwest, Hot Blood IX, and Hot Blood X. Her story, The Living Donor was nominated by the Horror Writers of America for Best Short Story of the Year.

Non fiction
From Suburbia to Subukia (1996)