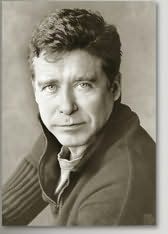 (b.1955)
John Barrett McInerney Jr. is an American writer. His novels include Bright Lights, Big City, Ransom, Story of My Life, Brightness Falls, and The Last of the Savages. He edited The Penguin Book of New American Voices, wrote the screenplay for the 1988 film adaptation of Bright Lights, Big City, and co-wrote the screenplay for the television film Gia, which starred Angelina Jolie. He is the wine columnist for House & Garden magazine, and his essays on wine have been collected in Bacchus & Me (2000) and A Hedonist in the Cellar (2006). His most recent novel is titled The Good Life, published in 2006.

Slaves of New York (1986)
Tama Janowitz
"The shrewd observation, the skewed invention ... are the gifts of a singular talent."

Better (2009)
John O'Brien
"John O'Brien was a stunningly talented writer who created poetry from the most squalid materials."

Inside (2012)
Alix Ohlin
"Ohlin has a great eye, a great ear, and all the other equipment auguring a very successful future."

The Paper Wasp (2019)
Lauren Acampora
"Acampora is an original."