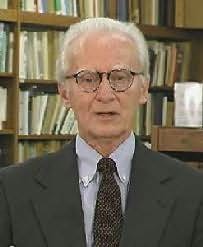 aka Edward Mackin, Monica Quill
Ralph McInerny was the author of the popular Father Dowling mystery series, and taught for over forty years at the University of Notre Dame, where he was the director of the Jacques Maritain Center. He was awarded the Bouchercon Lifetime Achievement Award, and was a member of the President's Committee on the Arts and Humanities.

The Death of a Pope (2009)
Piers Paul Read
"In The Death of a Pope, the versatile Piers Paul Read, who has distinguished himself in many genres, returns to what can be called the ecclesiastical thriller. If the mystery looks to the past to explain a crime already committed, the thriller aims to prevent something from happening. When that something is a terrorist act, planned for the Vatican, drama is assured... To say more would rob the reader of his pleasure. The Death of a Pope is a great Read in every sense of the term."
Visitors to this page also looked at these authors
Ed McBain
Dorothy L Sayers
G A McKevett
Sharyn McCrumb
Terry McMillan
Laura Lippman
Elizabeth George
Michael McGarrity
Ngaio Marsh
Phillip Margolin
Barbara Michaels
Cricket McRae
Katherine Hall Page
Charlotte MacLeod
Marcia Muller
Laurie R King