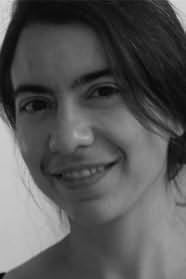 MALKA OLDER is a writer, humanitarian worker, and PhD candidate at the Centre de Sociologie des Organisations studying governance and disasters. Named Senior Fellow for Technology and Risk at the Carnegie Council for Ethics in International Affairs for 2015, she has more than eight years of experience in humanitarian aid and development, and has responded to complex emergencies and natural disasters in Uganda, Darfur, Indonesia, Japan, and Mali. Infomocracy is her first novel.

All Systems Red (2017)
(Murderbot Diaries, book 1)
Martha Wells
"Not only a fun, fast-paced space-thriller, but also a sharp, sometimes moving character study that will resonate with introverts even if they're not lethal AI machines."

Bandwidth (2018)
(Analog , book 1)
Eliot Peper
"A smart techno-thriller that plays out the near future of data immersion, the digital divide, and climate change with mind-expanding effectiveness."

A Memory Called Empire (2019)
(Teixcalaan, book 1)
Arkady Martine
"A taut murder mystery entwined with questions of technological ethics, A Memory Called Empire is also an evocative depiction of foreignness. Martine creates an elaborate and appealing culture against which to play out this story of political intrigue, assimilation, and resistance. Daring, beautiful, immersive, and often profound."

Miranda in Milan (2019)
Katharine Duckett
"Duckett's novella expands the world of Shakespeare's tale in wonderful ways. Part Gothic, part romance, part mystery, and perhaps most of all a novella about working one's way out of the assumptions of a sheltered life, Miranda in Milan is a delight."

The Affair of the Mysterious Letter (2019)
Alexis Hall
"The Mysterious Affair of the Letter is a witty, enjoyable, extravagantly imagined slant on the Sherlock Holmes canon. Hall nails the Holmesian aesthetic in marvelously amusing ways while taking us on an extended romp through a wild range of alternate universes with a bizarre cast of characters. Don't miss this fun, queer, clever intrigue!"