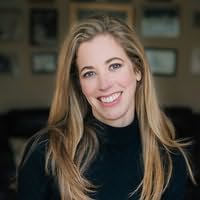 After graduating from Oxford University, Victoria Selman studied Creative Writing at the City Lit and wrote for the Ham & High and Daily Express newspapers. In 2013 she won the Full Stop Short Story Prize and her first novel, Blood for Blood, was shortlisted for the 2017 Debut Dagger Award.

Thin Air (2019)
(Jessica Shaw, book 1)
Lisa Gray
"Thin Air is an assured and fast-paced debut with a compelling central character and plenty of twists to keep you guessing until the very end."

Trance (2019)
(Alex Madison, book 1)
Adam Southward
"Trance is a creepy, dark, and highly original debut. I couldn’t put it down!"

All in Her Head (2020)
Nikki Smith
"A tense, compelling and haunting debut which had me gripped from the first page."