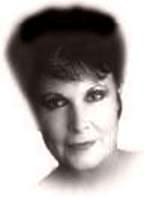 Sara Wood was born in England. She has wonderful memories of her childhood.Her parents were desperately poor but their devotion to family life gave hera feeling of great security. Sara's father was one of four fostered childrenand never knew his parents, hence his joy with his own family. Birthdayparties were sensational her father would perform brilliantly as a Chinesemagician or a clown or invent hilarious games and treasure hunts. From himshe learnt that working hard brought many rewards, especially self-respect.During her degree course she met her husband, a kind, thoughtful, attentiveman who is her friend and soulmate. At 21, she married and had her first sonat 22. She loved teaching in Sussexwhich she did for twelve years.

Her switch into writing came about in a peculiar way. Richie, her elder son,had always been nuts about natural history and had a huge collection ofanimal skulls. At the age of fifteen he decided he'd write an informationbook about collecting. Heinemann and Pan, prestigious publishers, eagerlyfell on the book and when it was published it won the famous TimesInformation Book award. Interviews, TV and magazine articles followed.Encouraged by his success, she thought she could write too and had severalinformation books for children published. Then she saw Charlotte Lamb beingwined and dined by Mills & Boon on a television programme and decided shecould do Charlotte's job! But she'd rarely read fiction before, so shebought twenty books and analysed them carefully, then wrote one of her own.Amazingly it was accepted and she began writing full time.

Sara and her husband moved to a small country estate in Cornwall which was aparadise. Her sons visited often; Richie being married to Heidi and with twodaughters; Simon rushing in after some danger- filled action in Alaska orHawaii etc, protecting the environment with Greenpeace. Sara qualified as ahomeopath, caring for the health of her family and friends. But Paradise isalways fleeting. Sara's husband became seriously ill and it was clear thatthey had to move somewhere less demanding on time and effort. After anightmare year of worrying about him, nursing and watching him like a hawk,she was relieved when they'd sold up and moved back to Sussex. Their currenthouse is large and thatched and sits in the pretty rolling downs withwonderful walks and views all around. They live nearer to the boys (men!)and see them often. Richie and Heidi are expecting another baby, Simon has ababy son and a new, dangerous, passion flinging himself off mountains(paragliding). The three hills nearby frequently entice him down. She adoresseeing her family (mother, mother-in-law too) around the table at Christmas.Sara feels fortunate that although she's had tough times and has sometimesbeen desperately unhappy, she is now surrounded by love and feels she canweather any storm to come.

Omnibus
Arabian Nights (2000) (with Helen Bianchin and Lynne Graham)
Her Greek Millionaire (2005) (with Helen Bianchin and Helen Brooks)
Twins Come Too! (2006) (with Jessica Hart and Marion Lennox)
Escape to Italian Idylls (2006) (with Diana Hamilton)
Billionaire Grooms (2006) (with Emma Darcy and Leigh Michaels)
Sinful Secrets (2007) (with Catherine George and Miranda Lee)
Brides of Convenience Bundle (2007) (with Amanda Browning and Trish Morey)
The Sweetest Revenge (2007) (with Anne Mather and Susan Stephens)
Mistress by Consent (2007) (with Helen Brooks and Margaret Way)
Paper Marriages (2008) (with Jacqueline Baird and Sara Craven)
In the Greek's Bed (2008) (with Margaret Barker and Kim Lawrence)
At Her Latin Lover's Command (2009) (with Fiona Hood-Stewart and Susan Stephens)

Series contributed to
Postcards from Europe
Mask of Deception (1993)

Mediterranean Passions
In the Heat of Passion (1994)