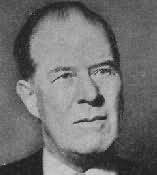 (1875 - 1956)
E. C. Bentley was a popular English novelist and humorist of the early twentieth century, and the inventor of the clerihew, an irregular form of humorous verse on biographical topics.

Born in London, and educated at St Paul's School and Merton College, Oxford, Bentley worked as a journalist on several newspapers, including the Daily Telegraph. His first published collection of poetry, titled Biography for Beginners (1905), popularized the clerihew form; it was followed by two other collections, in 1929 and 1939. His detective novel, Trent's Last Case (1913), was much praised, numbering Dorothy L Sayers among its admirers, and with its labyrinthine and mystifying plotting can be seen as the first truly modern mystery. The success of the work inspired him, after 23 years, to write a sequel, Trent's Own Case (1936). There was also a book of Trent short stories, Trent Intervenes. Several of his books were reprinted in the early 2000s by House of Stratus.

From 1936 until 1949 Bentley was president of the Detection Club and contributed to both of their radio serials broadcast in 1930 and 1931 and published in 1983 as The Scoop and Behind The Screen. He died at the age of 80 in 1956. His son Nicolas Bentley was a famous illustrator.