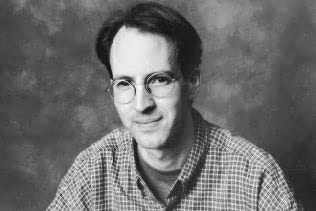 Kevin Brockmeier is the author of The Truth About Celia and a children's book, City of Names. He has published stories in The Georgia Review, The Carolina Quarterly, and McSweeney's, and his story "Space" from Things That Fall from the Sky has been selected for The Best American Short Stories. He has received the Chicago Tribune's Nelson Algren Award, an Italo Calvino Short Fiction Award, a James Michener-Paul Engle Fellowship, two O'Henry Awards (one, a first prize), and most recently, a NEA grant. He lives in Little Rock, Arkansas.

Tornado Weather (2017)
Deborah E Kennedy
"Deborah Kennedy's vision is as clear as her embrace is wide. With Tornado Weather, she has given us a novel that startles and surprises from the first page to the last, turning our heads again and again."

The Infinite Future (2018)
Tim Wirkus
"The Infinite Future is uniquely pleasurable. Again and again it changes the terms of its telling--wrapping stories within stories and narrators within narrators, enclosing the mystical in the earthly and the fantastic in the realistic....Wirkus has a gift for maintaining a story's equilibrium, and with each new narrative layer he explores, I found myself instantly reinvested in the proceedings."

Wonderblood (2018)
Julia Whicker
"A richly imagined broken world, one whose land, customs, history, and people are so sharply conveyed that they seem almost to have been incised into the page. I admire Wonderblood for its absorbing and unsettling story, for the uncanny beauty of its prose, but above all else for the daring of its tone, which begins in pitch darkness and brightens not to white but to a more lustrous black."

The Ensemble (2018)
Aja Gabel
"I often admire novels that are platforms for their writers' own stories, upon which their own singular character, with its own singular history, is carefully incised. This, however, is a novel of a different, more expansive, and altogether more electrifying kind. Aja Gabel contains at least four complete human beings inside her, and I'm guessing countless others. She knows these people down to their cells, and she gives all of herself to them."

Ohio (2018)
Stephen Markley
"Ohio is heartbreaking, frightening, and occasionally, amidst the sorrow and horror, transcendent--a novel that casts the clearest possible eye on people haunted by who they used to be and might have become, and a country haunted by the same. Stephen Markley is unflinching."

The Study of Animal Languages (2019)
Lindsay Stern
"The rare novel of academia that has as much in its heart as it does on its mind. Remarkably lucid and eloquent, it highlights the difficulty of communication not only between species but between individuals. Reading it, you wonder whether, like the birds, we're all just whistling tunes at each other, but also the opposite--whether, like us, the birds are sharing disquisitions of the soul."

Crossings (2020)
Alex Landragin
"Crossings is playful, obsessive, romantic, intelligent, and wholly absorbing, with fascinations enough for a whole shelf of novels. I followed its alternate sequence rather than its conventional one, and reading it I had the unusual - for me maybe even unprecedented - sense, no matter where I was in the page count, that I was always occupying its exact center. Like its characters, I was never sure how close I was to the beginning of the story, how close to the end, which gave it an aura of inexhaustibility. It's a book that feels not endless but endlessly replenishable."

Lake Life (2020)
David James Poissant
"When you find yourself thinking about a novel's characters well after you've finished reading it, wondering about them and how they're doing as though they were friends of yours, family, it means that you've found something truly special: one of those books that's not just about life but somehow contains it. Poissant's characters linger just that hauntingly, and his novel breathes with just that kind of life."

The Party Upstairs (2020)
Lee Conell
"The Party Upstairs made my pulse race. It builds its tensions expertly, like a thriller, unearthing suspense from the daily struggle to earn and keep a paycheck, the never-ending threat of job-loss and destitution. Lee Conell perceives everyone she writes about, rich and poor alike, with perfect clarity: on the one side those who gaze out on poverty as a kind of spectacle, on the other those who endure it as a kind of bombardment, and in the middle Martin and Ruby, the superintendent of an Upper West Side apartment building and his debt-ridden daughter, who pretend—but only pretend—that they're able to watch the bombs fall from afar."
Visitors to this page also looked at these authors
Jessica Verdi
Sarah Everett
Ashley Woodfolk
Namina Forna
Jennifer Yen
Loan Le
Angeline Boulley
Nnedi Okorafor
Courtney Summers
Maria Ingrande Mora
Diana Pinguicha
Susan Choi
Karen Russell
Patricia Engel
Monica Gomez-Hira
Sarah Waters