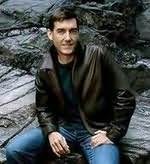 (b.1962)
Justin Cronin is the New York Times bestselling author of The Passage, The Twelve, The City of Mirrors, Mary and ONeil (which won the PEN/Hemingway Award and the Stephen Crane Prize), and The Summer Guest. Other honors for his writing include a fellowship from the National Endowment for the Arts and the Whiting Writers Award. A Distinguished Faculty Fellow at Rice University, he divides his time between Houston, Texas, and Cape Cod, Massachusetts.

Novellas
A Short History of the Long Ball (1995)

The Water Wars (2011)
Cameron Stracher
"A rousing adventure story in the tradition of The Hunger Games."

Close Your Eyes (2011)
Amanda Eyre Ward
"Electrifying, a literary whodunit of the first order! You won't be able to look away. People will be talking about this book."

The Curiosity (2013)
Stephen P Kiernan
"A true page-turner... a book that will stop your heart and start it again."

The Poison Artist (2016)
Jonathan Moore
"Magnificent, thoroughly unnerving . . . I dare you to look away."

The Last One (2016)
Alexandra Oliva
"The Last One seamlessly melds two of our contemporary obsessions - the threat of global catastrophe and the staged drama of reality TV - into a fiercely imagined tale of the human psyche under stress. This is an uncompromising, thought-provoking debut."