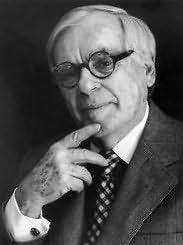 (1925 - 2009)
Dominick John Dunne was an American writer and investigative journalist whose subjects frequently hinged on the ways in which high society interacts with the judicial system. He was a movie producer in Hollywood and was also known for his frequent appearances on television.
Novels
The Winners (1982)
The Two Mrs Grenvilles (1985)
People Like Us (1988)
An Inconvenient Woman (1990)
A Season in Purgatory (1993)
Another City Not My Own (1997)
Too Much Money (2009)

Collections
The Mansions of Limbo (1991)

Destiny (1987)
Sally Beauman
"For as long as it tooki me to read Destiny, it became the most important thing in my life... I was riveted."

Donato and Daughter (1988)
Jack Early (Sandra Scoppettone)
"I have read Donato and Daughter... with tremendous enjoyment. It's a gripper indeed. Tough, taut and terrific... I found myself abandoning my own work until I finished it."