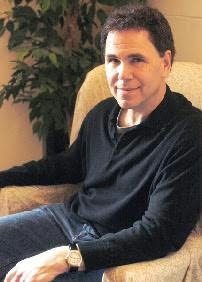 (b.1957)
Arthur Golden was born in Chattanooga, Tennessee, and was educated at Harvard College, where he received a degree in art history, specializing in Japanese art. In 1980 he earned an M.A. in Japanese history from Columbia University, where he also learned Mandarin Chinese. Following a summer in Beijing University, he worked in Tokyo, and, after returning to the United States, earned an M.A. in English from Boston University. He resides in Brookline, Massachusetts, with his wife and two children. Memoirs of a Geisha is his first novel.

A Conspiracy of Paper (2000)
(Benjamin Weaver, book 1)
David Liss
"A tale of 18th C. finance, murder & religion that is a remarkable debut & a thoroughly satisfying novel."

The Dearly Departed (2001)
Elinor Lipman
"Elinor Lipman is that rarest of things, a charming and funny writer who is also very wise."

The Curious Incident of the Dog in the Night-Time (2001)
Mark Haddon
"I have never read anything quite like Mark Haddon's funny and agonizinglyhonest book, or encountered a narrator more vivid and memorable."

Snow Flower and the Secret Fan (2005)
Lisa See
"Only the best novelists can do what Lisa See has done, to bring to life not only a character but an entire culture, and a sensibility so strikingly different from our own. This is an engrossing and completely convincing portrayal of a woman shaped by suffering forced upon her from her earliest years, and of the friendship that helps her to survive."