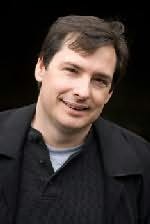 (b.1965)
Award-winning author of Pandemonium, The Devil's Alphabet, and Raising Stony Mayhall. He is also the writer of comics such as Dracula: The Company of Monsters and Planet of the Apes, both from BOOM! Studios. His first collection of short stories is Unpossible and Other Stories, by Fairwood Press (October, 2011). Daryl lives in State College, Pennsylvania.

Pandora's Gun (2015)
James Van Pelt
"The breadth of his imagination is stunning."

Windswept (2015)
(Windswept, book 1)
Adam Rakunas
"Windswept is a zippy ride, with more fast turns than a Wild Mouse rollercoaster. Buckle the hell up!."

Master Assassins (2018)
(Fire Sacraments, book 1)
Robert V S Redick
"A blazingly smart thrill-ride of an adventure. The world of Master Assassins is deep, mysterious, terrifying, and utterly real, and I'll follow Redick's heroes, the mismatched brothers Kandri and Mektu, wherever they go in it. I can't recommend this book highly enough."

Blackfish City (2018)
Sam J Miller
"A wildly inventive post-cyberpunk ride that also has real things to say about community and family. Sam Miller’s drowned future is vivid and fully real, even as he throws in the weird and the fantastic. Sam Miller is a fiercely strong writer, and this book is a blast."

The Chaos Function (2019)
Jack Skillingstead
"Relentless, terrifying, and affecting, this book left me feeling like I’d been strapped to the front of the car like Mad Max in Fury Road—not realizing that it was taking me to an emotional ending that would leave me gutted. I’ve been a huge fan of Skillingstead’s work for years, but in The Chaos Function he’s outdone himself!"

Miranda in Milan (2019)
Katharine Duckett
"I'm so jealous of Katharine Duckett. She's taken my favorite Shakespeare play and made Miranda the heroine she always should have been. This beautifully written fantasy is full of court intrigue and family secrets, marking Duckett as a writer you're going to read for years to come."

Longer (2019)
Michael Blumlein
"This is why i read science fiction."

Sea Change (2020)
Nancy Kress
"Nobody is better at destroying the world?see one of my favorite novellas, the multi-award-winning After the Fall, Before the Fall, During the Fall?but here Nancy Kress dives into the science of genetically modified plants and shows us how we just may need them to save the planet. And this brilliant, thoughtful story is also a page-turner! I don’t know about you, but a thriller about a fear-mongering, anti-science government and the smart, brave people resisting it was exactly the story I needed right now."