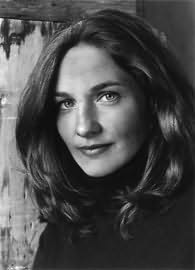 A.M. Homes is the author of several novels and a collection of stories. A contributing editor to Vanity Fair, she also writes for Art Forum, The New York Times, and The New Yorker. Among her many awards are Guggenheim and NEA Fellowships. She lives in New York.
Novels
Jack (1989)
In a Country of Mothers (1993)
The End of Alice (1996)
Music for Torching (1998)
This Book Will Save Your Life (2006)
May We be Forgiven (2012)

Beware Of God (2005)
Shalom Auslander
"The stories in "Beware of God" mark the debut of the freshest voice in Jewish literature since Philip Roth arrived on the scene. Youthful, energetic, wholly original - never has Orthodox Judaism been so appealing ... In these stories not only does God speak - he does it in Dolby Surround sound."

Here They Come (2006)
Yannick Murphy
"Yannick Murphy's long-awaited Here They Come is a unique combination of rare linguistic lyricism with brutal and brilliant prose. It is an unrelenting portrait of family, terrifying for its honesty, its willingness to be ugly and elegant. Haunting."

Beautiful Children (2008)
Charles Bock
"Charles Bock has delivered an anxious, angry, honest first novel filled with compassion and clarity. Beautiful Children is fast, violent, sexy and - like a potentially dangerous ride - it could crash at any moment but never does. The language has a rhythm wholly its own - at moments it is stunning, near genius. This book is big and wild - it is as though Bock saved up everything for this moment. A major new talent."

Alice Fantastic (2009)
Maggie Estep
"There is about Maggie Estep's work a directness, a clear determination - a drive to cut through, to break through, to claw through - that is impressive."

Aliens in the Prime of Their Lives (2010)
Brad Watson
"Watson's talent is singular. Truly awesome."

The Color of Night (2011)
Madison Smartt Bell
"A truly unnerving mythical novel that asks us to piece together what is left of a shattered collective unconscious. Bell's devastated, traumatized characters surf the debris of who we are and where we've been."

The Child Finder (2017)
(Naomi Cottle, book 1)
Rene Denfeld
"A darkly luminous story of resilience and the deeply human instinct for survival, for love. Blending the magical thinking of childhood, of fairy tales, dreams, memories and nightmares, The Child Finder is a terrifying and ultimately uplifting novel that demands to be consumed and then once inside you - lingers…"

What Happens at Night (2020)
Peter Cameron
"I don't think I've ever read a book by an American or by a living person that's as exquisitely rendered as What Happens at Night. Every word is exactly as it should be; there is not a single extra word out of place. The novel feels as though it traveled through time to arrive here. Cameron's prose creates an effect that is literally like a fugue (or cinematic fog): intense, beautiful, inescapable, and so much about grief that has been and grief that is to come, heartbreaking and tender. The story is so intense, such a fine reduction of the enormity of the dreams of marriage, the responsibilities of marriage, of life, of love, and the ways in which - unintentionally or not - we inevitably fail each other and ourselves."