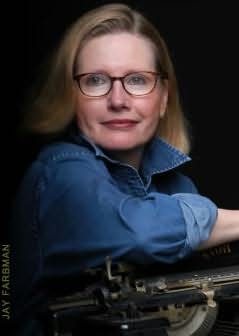 Melodie Johnson Howe is a mystery author and former actress. She began writing as a child, composing plays such as Nevadaa western that ended with the villain being sent to his roomand began acting in the mid-1960s. For a decade, she worked in movies alongside actors such as Clint Eastwood, Alan Alda, and James Caan. In the early 1980s, she left the Hollywood grind to pursue her dream of writing mysteries.

Howes first novel, The Mother Shadow (1989), featured Claire Conrad and Maggie Hill, whom Howe describes as the female answer to Nero Wolfe and Archie Goodwin. It was nominated for an Edgar Award, and was followed by a sequel, Beauty Dies (1994). Howe is also acclaimed for her short fiction. Her most recent book, Shooting Hollywood: The Diana Poole Stories (2012), is a collection of short stories starring a forty-year-old actress trying to make a comeback.