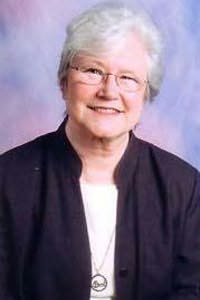 Liz Fielding was born on June 1 in a small country town in Wales. She hasbeen reading since she was knee-high to a gnat. Her mother taught her, theway her mother taught her all the good things in life. Her mother read toher when she was little and then her mother bought her books of her own.Little Women, What Katy Did and Anne of Green Gables. She read them alluntil the covers fell off.

Liz was a secretary and she met John, an engineer, while they were bothworking in Africa. They married and had travelled the world together beforesettling down to raise their family. When Ami, their first kid was born, herhusband given her pearl earrings, made from pearls fished from the Bahrainpearl beds by her own husband. Later, they had other kid, Wil. She startedwriting when her children were small and her husband was working abroad.

In 1982 was published her first romance, An Image of You,, was setin Kenya, in a place she knew well, and was plucked from the slush pilebecause the feisty feminist heroine made her editor laugh. Emotion touchedwith humor has been the hallmark of her books ever since.

Liz lives in the house built by her husband in Wales, near Caermyrddyn,Merlin's Fort. The land is steeped in legend, the hilltops crowned with theremains of ancient castles. She lives in a tiny village that she loves andrarely leaves, keeping in touch with readers and friends through the magicof the Internet. In 2005, when she was nominated for a RITA Award from theRomance Writers of America, she made an exception and flew to Washington forthe Romance Writers of America conference, where she had a great timeplaying tourist as well as meeting up with lots of old friends.

Series contributed to
Marrying the Boss
Dating Her Boss (1999)

What Women Want!
The Bridesmaid's Reward (2002)

Secrets We Keep
Reunited: Marriage in a Million (2007)

Escape Around the World
A Wedding at Leopard Tree Lodge (2010)

Christmas at the Harrington Park Hotel
1. Christmas Reunion in Paris (2020)