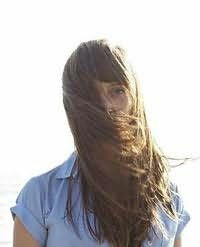 Catherine Lacey is the author of Nobody Is Ever Missing, a critically acclaimed novel published in 2014 in the United States. It is forthcoming in the UK, New Zealand and Australia from Granta Books and in France by Actes Sud.Her short fiction and essays have been published widely. She was named a Granta New Voice in 2014 and awarded an Artist's Fellowship from NYFA in 2012. This fall she will be in residence at the Omi International Arts Center.

Non fiction
The Art of the Affair (2017) (with Forsyth Harmon)

Sonora (2017)
Hannah Lillith Assadi
"Sonora is the most eerie and unusual coming of age story I've ever encountered-not a tale of innocence lost, but innocence never had."

The New Me (2019)
Halle Butler
"Halle Butler is a first-rate satirist of the horror show being sold to us as Modern Femininity. She is Thomas Bernhard in a bad mood, wearing ill-fitting tights, scrutinizing old take-out leftovers. THE NEW ME shows us the futility of betterment in an increasingly paranoid era of self-improvement, one in which the female body is grated into little bloody empowered bits of itself. A dark comedy of female rage. Fucking hilarious."

Bubblegum (2020)
Adam Levin
"With Bubblegum, Adam Levin has created a cubist painting about consumerism, fetishization, and the increasingly blurred line between life and advertisement in a hyper-materialist, post-IRL society. Levin masterfully creates a world without the internet to examine the impact and insanity it has sewn into the American project, and he does so while gleefully skewering our unraveling vernacular. A freaky marvel of a tome."

A Girl's Story (2020)
Annie Ernaux
"Annie Ernaux writes memoir with such generosity and vulnerable power that I find it difficult to separate my own memories from hers long after I’ve finished reading. In A Girl’s Story she detangles an adolescence rife with desire and shame, an era of both internal and external debasement. Ernaux wisely ventures into the gray areas of her memories; she doesn’t attempt to transcend their power, nor to even 'understand' them, but to press them firmly into this diamond of a book."

True Love (2020)
Sarah Gerard
"An unapologetic drama about a woman's insistence on living at the apex of desire and self-destruction—what a rush!"