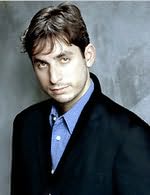 The Eight (1988)
(Montglane Service, book 1)
Katherine Neville
"Readers thrilled by The Da Vinci Code will relish the multi-layered secrets of The Eight"

Where The Truth Lies (2003)
Rupert Holmes
"Rupert Holmes seats you gently next to an irresistible narrator only to entangle you completely in her twisted, dark, exhilarating troubles. The ensuing thriller crosses a Dickensian world of deceit and destiny with the slipping glory of 1970s New York and Los Angeles. Every character is so alive with delicious secrets that you'll never suspect Where the Truth Lies."

The Interpretation of Murder (2006)
Jed Rubenfeld
"A bold page-turner that propels us from the start with a driving plot... a richly motivated thriller."

The Devils of Cardona (2016)
Matthew Carr
"Carr recreates for us a dramatic time and place filled with complex characters and issues that resonate powerfully with our own time."

The Night She Won Miss America (2017)
Michael Callahan
"I can't remember the last time I got so caught up in a novel. Michael Callahan's gorgeous prose brings to life an intoxicating world of beauty queens and thwarted dreams that will sweep you away in a whirlwind of intrigue, passion, and secrets."

Everything Here Is Beautiful (2018)
Mira T Lee
"Everything Here is Beautiful vividly captures the kaleidoscope of emotional contradictions within our bonds to family and country. Mira T. Lee's powerful debut crafts an elegiac journey: uplifting, disturbing, and--proving its title--beautiful."

The Philosopher's Flight (2018)
(Philosophers, book 1)
Tom Miller
"The Philosopher s War has all the right ingredients to launch an epic story, bringing us into a vivid world rich with both history and imagination. Its narrative of magic warriors and healers feels remarkably grounded and authentic. Like his characters, Tom Miller casts a spell."

A Knife in the Fog (2018)
(Margaret Harkness and Arthur Conan Doyle, book 1)
Bradley Harper
"Arthur Conan Doyle chasing after Jack the Ripper? Bradley Harper makes this irresistible pairing come alive. Ingenious in its premise and plotting, impressive in its unique forensic precision, infectious in its overflowing passion for the subject matter, A Knife in the Fog will be relished by fans of historical fiction, Sherlock Holmes, and Ripper literature. A debut novel worth falling for."

The Paris Diversion (2019)
(Expats, book 2)
Chris Pavone
"The Paris Diversion coils up with tension from the first page and propels the reader through a maze of intrigue and suspense. Fans of espionage thrillers will find nothing is what it seems in the Chris Pavone's stealthy storytelling."