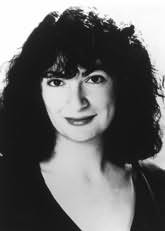 Canada (b.1952)
Lia Matera is a graduate of Hastings College of the Law, where she was editor in chief of the Constitutional Law Quarterly. She was also a Teaching Fellow at Stanford Law School before becoming a full-time writer of legal mysteries. Prior Convictions and A Radical Departure were nominated for Edgar Allan Poe awards. The Good Fight and Where Lawyers Fear to Tread were nominated for Anthony and Macavity Awards. She has written nine novels, including the critically acclaimed Face Value. Matera lives in Santa Cruz, California.
Series
Willa Jansson
1. Where Lawyers Fear to Tread (1987)
2. A Radical Departure (1988)
3. Hidden Agenda (1988)
4. Prior Convictions (1991)
5. Last Chants (1996)
6. Star Witness (1997)
7. Havana Twist (1998)