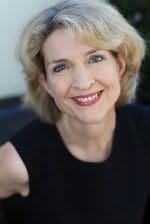 (b.1961)
Wife of Philip Kerr
Jane Thynne was born in Venezuela in 1961 and grew up with her parents and two brothers in London. After school in Hampton, she spent a year working at the Old Vic Theatre before reading English at St Annes College, Oxford.

She then joined the BBC as a production trainee, but after a few years succumbed to a hankering for Fleet Street and moved to The Sunday Times. She spent many cheerful years at The Daily Telegraph as media correspondent, but her single most exciting moment was getting a publishing contract for her first novel.

In particular she has a passion for historical fiction and loves the research that involves.

As well as writing books she now freelances as a journalist, writing regularly for numerous British magazines and newspapers, and also appears as a broadcaster on Radio 4.