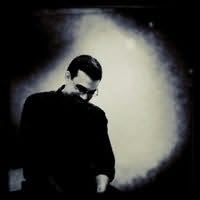 Stephen Blackmoore is a pulp writer of little to no renown who once thought lighting things on fire was one of the best things a kid could do with his time. Until he discovered that eyebrows don't grow back very quickly.

His first novel, a dark urban fantasy titled CITY OF THE LOST is out through DAW Books and is available at all the fashionable bookstores. Hopefully some of the seedier ones, too. He would, after all, like to buy a copy.

His short stories and poetry have appeared in magazines like Plots With Guns, Needle, Spinetingler, and Thrilling Detective, as well as the anthologies UNCAGE ME and DEADLY TREATS.

He is represented by Allan Guthrie at Jenny Brown Associates.

Despite evidence to the contrary, he does not have rabies.

Series contributed to
Spirit of the Century Presents
4. Khan of Mars (2013)

Blackbirds (2012)
(Miriam Black, book 1)
Chuck Wendig
"Blackbirds is a horror story, a traveling story, a story of loss and what it takes to make things right. It's a story about fate and how sometimes, if we wrestle with it hard enough, maybe we can change it. Blackbirds is the kind of book that doesn't let go even after you've put it down and nobody else could have made it shine like Chuck Wendig."