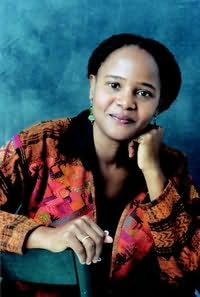 Haiti (b.1969)
Danticat was born in Port-au-Prince, Haiti. When she was two years old, her father Andre immigrated to New York from Haiti, to be followed two years later by her mother Rose. This left Danticat and her younger brother Eliab to be raised by her aunt and uncle. Although her formal education in Haiti was in French, she spoke Haitian Creole at home.

The Return (2011)
Dany Laferrière
"A stunning and breath taking book."

An Untamed State (2012)
Roxane Gay
"Clear you schedule now! Once you start this book, you will not be able to put it down. "An Untamed State" is a novel of hope intermingled with fear... written at a pace that will match your racing heart."

Drifting (2014)
Katia D Ulysse
"Drifting is a remarkable debut by a phenomenal writer."