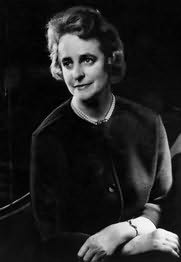 aka Mary Paradise
Dorothy Enid Eden (1912 - 1982) was a novelist and short story writer. She was born April 3, 1912 in Canterbury Plains, New Zealand, where she attended school and worked as a legal secretary before moving to England in 1954. She died of cancer in London on March 4, 1982.

Eden was best known for her writings in the historical, suspense, and Gothic genres. In addition to writing novels, she also contributed to magazines, including Redbook and Good Housekeeping.

Omnibus
A Gothic Treasure Trove (1987) (with Victoria Holt (Jean Plaidy), Barbara Michaels, Jessica North and Phyllis A Whitney)
The Voice Of The Dolls / Listen To Danger (2012)