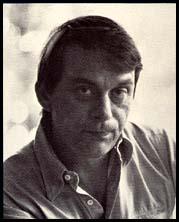 (b.1936)
Fred Chappell is the author of a dozen books of verse, two story collections, and eight novels. A native of Canton in the mountains of western North Carolina, he has taught at the University of North Carolina at Greensboro since 1964. He is the winner of, among other awards, the Bollingen Prize in Poetry, Aiken Taylor Prize, T. S. Eliot Prize, and Roanoke-Chowan Poetry Prize seven times over.

The Year the Music Changed (2005)
Diane Thomas
"A must-read, fresh, surprising, full-hearted, joyful and sad.... If novels could sport bumper stickers, this one would read 'Love Me Tender'-and everyone would."

A Land More Kind Than Home (2012)
Wiley Cash
"I try to state the truth and dislike flinging superlatives about with mad abandon, but I have been so deeply impressed by this novel that only superlatives can convey the tenor of my thought: this is one of the most powerful novels I have ever read."