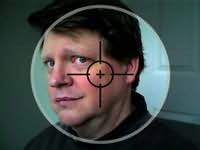 is a Distinguished Professor of English at St. Bonaventure University, where he was the Director of Graduate English until he became a full-time author in 2007. A Fulbright Senior Specialist in American Literature and Culture from 2004 to 2009, his most recent non-fiction book is "Rumors of War and Infernal Machines: Technomilitary Agenda Setting in American and British Speculative Fiction." Now in second edition, it won the 2006 American Library Association Award for Outstanding Book, and was the topic of discussion when he was interviewed by NPR (Morning Edition). Among various media appearances, his most recent was as an expert commentator on The Discovery Channel's second installment of its premier series "Curiosity".

The Golem of Deneb Seven (2018)
Alex Shvartsman
"A wonderful fusion of hard SF and melancholy wisdom."

Hell's Horizon (2020)
Jonathan P Brazee and Richard Fox
"So,if what you want is high-octane, high-fidelity, highest-quality Military science fiction, your search is over: sign on for the action in Brazee and Fox's Hell's Horizon. I'm sure you'll be eager to extend your tour."