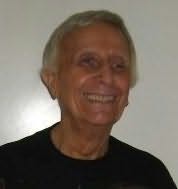 (1930 - 2013)
Gary Brandner was an American horror writer who is best known for his Howling trilogy of novels. The first book was adapted as a motion picture in 1981. The film is considerably different from the novel, though it did spawn a total of six sequels up until 1995. Brandner's second and third Howling novels, published in 1978 and 1985 respectively, have no connection to the film series, though he was involved in writing the screenplay for the second Howling film.

The fourth film in the Howling series, "The Howling IV: The Original Nightmare" from 1988, is the closest adaptation of Brandner's original Howling novel, though even this differs in parts.

His novel "Walkers" was also adapted and filmed for television as "From The Dead Of Night". He also wrote the screenplay for the 1989 horror film "Cameron's Closet".