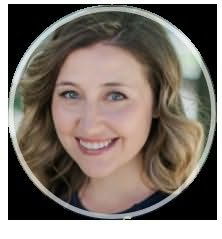 Kathleen Barber was raised in Galesburg, Illinois. She graduated from the University of Illinois and Northwestern University School of Law, and previously practiced bankruptcy law at large firms in Chicago and New York. When she's not writing, Kathleen enjoys traveling the world with her husband.

Girls' Night Out (2018)
Liz Fenton and Lisa Steinke
"Girls’ Night Out is an utterly enthralling read that is impossible to put down. The dual timelines are captivating, just days apart, as they unfold both the frantic search for a missing friend and the circumstances that led to her disappearance. This is a book that makes you question how well you truly know even your closest friends, and also what you yourself might be capable of doing."

Her Pretty Face (2018)
Robyn Harding
"Robyn Harding has once again proven herself to be a master of domestic suspense, weaving a complex tale of friendship, parenthood, and long-hidden secrets that forces us to consider whether we can ever truly leave our pasts behind. In the compulsively readable HER PRETTY FACE, everyone is hiding something, and the only question is whether anyone will survive unscathed as the action reaches its dramatic conclusion."

Desperate Girls (2018)
(Wolfe Security, book 1)
Laura Griffin
"In Desperate Girls, Laura Griffin has crafted a thrilling page-turner that expertly balances the tension of a manhunt for an escaped convict on a revenge quest with the sizzling attraction between a sharp, ambitious attorney and her new bodyguard. Each development will leave you breathless ... right up to the twist you won’t see coming!"

Forget You Know Me (2019)
Jessica Strawser
"A taut and immensely satisfying novel of domestic suspense. Come for the sinister premise, stay for the insightful portrayals of a friendship crumbling apart, a marriage strained to its breaking point, and at least one character who finds themself suddenly--and dangerously--in over their head."

The Winter Sister (2019)
Megan Collins
"Megan Collins's compelling debut is at once a page-turning whodunit and a thoughtful examination of a family broken by tragedy. With a protagonist haunted by her sister's unsolved murder, a less-than-happy homecoming, and the slow unraveling of decades of explosive secrets, The Winter Sister will captivate you from suspenseful start to surprising finish."

Tiny Americans (2019)
Devin Murphy
"Epic in scope, Tiny Americans is a poignant examination of the ties that bind a family, and how enduring those ties may be."