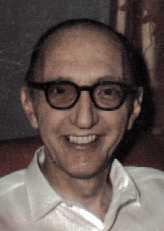 (1913 - 1966)
Cordwainer Smith was the pen name of US foreign policy adviser Paul Linebarger. His small and distinguished body of work is preoccupied with themes of human dignity and often told in distanced narrative modes that he had learned from an early study of Chinese literature--we are informed that we are being told a story as a way of telling it. Most of his short stories--many collected as The Rediscovery of Man--and his novel Norstrilia are set in a distant future where humanity has created its own aliens by growing on strange new worlds, and has made a vast underclass of animals modified into human appearance and intelligence. Typical Smith short stories are The Game of Rat and Dragon whose hero is erotically obsessed with the cat he uses via a telepathic link to fight demonic beings that lurk in hyperspace, and A Planet named Shayol in which convicts are condemned to a penal planet where they grow extra organs for harvest and spend an eternity in drugged torment. His poetic work stretched the possibilities of space opera and future history and perpetually promises transcendence without having finally and anticlimactically to deliver it.