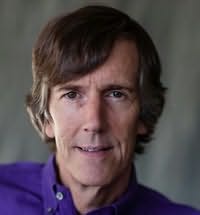 Killing Trail (2015)
(Timber Creek K-9 Mystery, book 1)
Margaret Mizushima
"No scent is too fine and no clue too subtle for the sharp cop combo of Mattie Cobb and the unforgettable K-9 Robo. The liars and schemers of Timber Creek don t stand a chance against this tight, determined duo. With plenty of outdoor action, comparing Margaret Mizushima to Nevada Barr and C.J. Box is aptand on the nose."

Blood On the Tracks (2016)
(Sydney Rose Parnell, book 1)
Barbara Nickless
"Blood on the Tracks is a bullet train of action. It’s one part mystery and two parts thriller with a compelling protagonist leading the charge toward a knock-out finish. The internal demons of one Sidney Rose Parnell are as gripping as the external monster she’s chasing around Colorado. You will long remember this spectacular debut novel."

Pushback (2018)
John E Stith
"John Stith's Pushback is a fast-paced ride that gives new definition to the term 'bad week.' Besieged and belittled by a barrage of attacks, Dave Barlow's brutal trek through purgatory is a taut, tense thriller. Dave Barlow's self-effacing commentary--and John Stith's smooth prose--will have you gobbling up the pages faster than Barlow zooms all over the Pikes Peak region trying to figure out where his life went so terribly, terribly wrong."