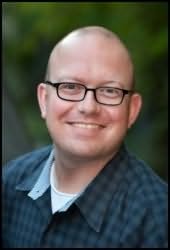 Brad R. Torgersen is a science fiction and fantasy author who debuted in the 26th volume of Writers of the Future, and has since gone on to publish in some of the genre's top venues, such as Analog Science Fiction & Fact magazine, Orson Scott Card's Intergalactic Medicine Show, and Galaxy's Edge magazine. In addition to winning the Writers of the Future award, Brad has also won two Analog Magazine 'AnLab' readers' choice awards, is a three-time Hugo award nominee, and has been nominated for both a Nebula and a Campbell award. A full-time healthcare tech geek by day, Brad is a part-time Chief Warrant Officer in the United States Army Reserve.