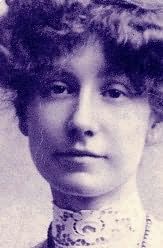 aka Margaret Campbell, Robert Paye, George Preedy, Joseph Shearing
Marjorie Bowen (pseudonym of Mrs Gabrielle Margaret V[ere] Long n&#233e Campbell), was a British author who wrote historical romances, supernatural horror stories, popular history and biography. Her total output numbers over 150 volumes with the bulk of her work under the 'Bowen' pseudonym. She also wrote under the names Joseph Shearing, George R. Preedy, John Winch, Robert Paye, and Margaret Campbell. As Joseph Shearing, she wrote several sinister gothic romances full of terror and mystery. Many of these stories were published as Berkley Medallion Books. Several of her books were adapted as films. Her books are much sought after by aficionados of gothic horror and received praise from critics.

Bowen's alcoholic father left the family at an early age and was eventually found dead on a London street. After this, Bowen's prolific writings were the chief financial support for her family. She was married twice: first, from 1912-16, to a Sicilian named Zefferino Emilio Constanza, who died of tuberculosis, and then to one Arthur L. Long. Her first novel was The Viper of Milan (1906), after which she produced a steady stream of writings until the day of her death on 23rd December 1952. Her last, posthumous, novel was The Man with the Scales (1954).