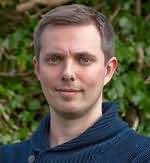 Rob Sinclair is the author of the critically acclaimed and bestselling Enemy series of espionage thrillers featuring embattled agent Carl Logan. His explosive debut, Dance with the Enemy, was published in 2014 and introduced the world to the enigmatic Carl Logan. Rob began writing in 2009 following a promise to his wife, an avid reader, that he could pen a can't put down thriller. He worked for nearly 13 years for a global accounting firm after graduating from The University of Nottingham in 2002, specialising in forensic fraud investigations at both national and international levels. Rob now writes full time. Originally from the North East of England, Rob has lived and worked in a number of fast paced cities, including New York, and is now settled in the West Midlands with his wife and young sons.