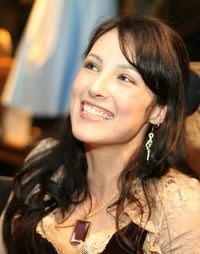 A Plague of Giants (2017)
(Seven Kennings, book 1)
Kevin Hearne
"A Plague of Giants is a rare masterpiece that’s both current and timeless, groundbreaking yet traditional, merging the fantasy bones of Tolkien and Rothfuss with a wide cast of characters who’ll break your heart while reminding you of your humanity. This book truly resonates and will haunt you long after the last page."

Unbury Carol (2018)
Josh Malerman
"With vivid prose and characters that leap off the page, guns a-blazing, Unbury Carol creates its own lingering legend, dragging you along like an obstinate horse toward a righteous storm of an ending."

Here and Now and Then (2019)
Mike Chen
"A rare, fresh gem of a story that blends high tech time travel thrills with the all-in stakes of a parent's love for their child. The world needs more butt-kicking middle-aged chef heroes."

Empress of Forever (2019)
Max Gladstone
"A classic space opera that impossibly becomes a thrilling dungeon crawl fantasy through a universe we've never seen before. So smart it makes me jealous."

The Warehouse (2019)
Rob Hart
"Fast-paced and unputdownable, thrilling and ominous . . . terrifying object lesson of a story that will haunt you each time yo se a box on the front step."

Steel Crow Saga (2019)
Paul Krueger
"With fierce women, ferocious creatures, and a sophisticated twist on Pokémon meets Avatar: The Last Airbender, Steel Crow Saga is the fantasy epic you didn't know you needed, creating a rich new mythology and characters so real you can smell their pipe smoke and adobo."

Eden (2020)
Tim Lebbon
"A terrifying thrill ride into nature’s well-deserved revenge on humans, Eden is a chilling warning and a fast, hard read... today’s version of The Hot Zone."