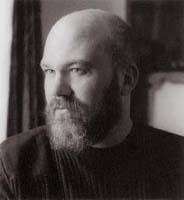 aka Thom Demijohn, Leonie Hargrave, Victor Hastings, Cassandra Knye
Poet and cynic, Thomas M. Disch brought to the sf of the New Wave a camp sensibility and a sardonicism that too much sf had lacked. His sf novels include Camp Concentration, with its colony of prisoners mutated into super-intelligence by the bacteria that will in due course kill them horribly, and On Wings of Song, in which many of the brightest and best have left their bodies for what may be genuine, or entirely illusory, astral flight and his hero has to survive until his lover comes back to him; both are stunningly original books and both are among sf's more accomplishedly bitter-sweet works.

In recent years, Disch had turned to ironically moralized horror novels like The Businessman, The MD, The Priest and The Sub in which the nightmare of American suburbia is satirized through the terrible things that happen when the magical gives people the chance to do what they really really want. Perhaps Thomas M. Disch's best known work, though, is The Brave Little Toaster, a reworking of the Brothers Grimm's "Town Musicians of Bremen" featuring wornout domestic appliances -- what was written as a satire on sentimentality became a successful children's animated musical.

Novellas
The Voyage of the Proteus (2008)

Series contributed to
Prisoner
1. The Prisoner (1969)
aka I Am Not a Number!
The Prisoner Omnibus (omnibus) (2002) (with David McDaniel and Hank Stine)

Mission of Gravity (1954)
(Mesklinite, book 1)
Hal Clement
"The best account of alien life on another planet."

The Cosmic Puppets (1957)
Philip K Dick
"Philip K Dick writes the way he sees it and it is the quality, the clarity, of his vision that makes him great!"

All You Who Sleep Tonight (1990)
Vikram Seth
"Seth writes poetry as it has not been written for nearly a century, that's to say with the intention that his work should give pleasure to that ideal Comman Reader."