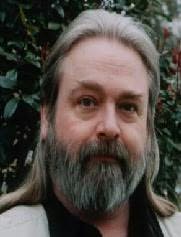 After graduating from Bedford High School in Bedford, MA, he attended Princeton University but left without a degree. By the rules of Princeton, he could not re-apply for a year, and he resolved to use it to become a writer & began to seriously try to sell his writing, but sold nothing significant until he produced The Lure of the Basilisk in 1978 (published 1980) and thereupon began writing full time. Despite having sold a short story and several articles under his real name, he initially submitted his first novel under a pseudonym; it was the editor of that novel, Lester Del Rey, who first demanded he use his real name and then added the hyphen to create the name Lawrence Watt-Evans. Evans had insisted on including his middle name to avoid confusion with a contemporary non-fiction writer also named Lawrence Evans, and del Rey had then added the hyphen "to make it more distinctive" .

Fangs and Angel Wings (2003)
Karen E Taylor
"Karen Taylor writes about the basics, love and death and sex, and about the ways they intersect, and she somehow does it simultaneously more directly, more subtly, and more elegantly than just about anyone else."

Chains of Redemption (2004)
(Chains, book 3)
Selina Rosen
"A rip-snorting space adventure the likes of which we don't see often enough these days!"

An Alchemy of Masques and Mirrors (2017)
(Risen Kingdoms, book 1)
Curtis Craddock
"A setting fabulous and strange, heroes to cheer for, villains to detest, a twisty, tricky plot ? I love this novel!"