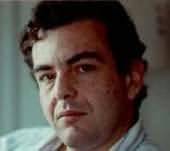 aka Philip Lawson
Paul Di Filippo is the author of Ribofunk, Fractal Paisleys, and The Steampunk Trilogy. He was a two-time finalist for the Nebula Award and a finalist for the Philip K. Dick Award. He lives in Providence, Rhode Island.

Top Ten
Beyond the Farthest Precinct (2006)

Anthologies edited
Freaks in a Box (2012)

Masque of Dreams (2001)
Bruce Boston
"...turns out short meticulously assembled stories informed by a poet's precision and clarity of image"

Precious Dragon (2007)
(Detective Inspector Chen, book 3)
Liz Williams
"Williams joins A.A. Attanasio and China Miéville as one of the best contemporary practitioners of a kind of imaginative literature that fuses the intellect of SF with the heart of fantasy."

Flats / Quake (2009)
Rudolph Wurlitzer
"If you can legitimately judge a writer by fellow scribes who honestly extol his work, and count on his inhabiting a plane of popularity and celebrity similar to the one where his endorsers dwell, then Rudolph Wurlitzer should be a name on the lips of sage critics and fans of zesty, transgressive postmodernist fiction everywhere. Wurlitzer might be the closest thing we have to an actual cult author, a highly talented fiction writer."

Wylding Hall (2015)
Elizabeth Hand
"Somewhere up in rock ’n’ roll heaven, Janis Joplin, Brian Jones, Nick Drake and Sandy Denny are all tossing back their drinks, passing a spliff, and recounting how much they enjoyed reading Elizabeth Hand’s shimmering new supernatural novel, Wylding Hall. . . . By turns melancholic and joyous, dark and incandescent, this always-surprising tale is full of heart, music and wonder."

Master Assassins (2018)
(Fire Sacraments, book 1)
Robert V S Redick
"Redick’s powers of invention in this book are superb. He manages to reinvigorate his chosen mode of heroic fantasy by sheer force of description, his language always muscular, vibrant and well-calculated. The cast of characters is vast and believable . . . A hell of a ride."

Venus Remembered (2020)
Ray Bradbury and Jason J Marchi
"It's no small assignment to follow in the footsteps of a literary giant like Ray Bradbury, but with 'When the Rain Stops,' his sequel to Bradbury's 'All Summer in a Day,' Jason Marchi succeeds admirably. Deftly emulating the poetry, compression, and psychological acuity of the Master from Waukegan, Marchi crafts an extension of young Margot's tragic day which provides redemption for all and a tender pay-it-forward ethos."

Felonious Monk (2021)
(Tommy Martini, book 1)
William Kotzwinkle
"Up till now, the lonely literary crossroads where monastic life intersected with criminality has been occupied mainly by Donald Westlake's jolly novel Brothers Keepers. But William Kotzwinkle's Felonious Monk -- what a mad, pitch-perfect title!-- blows away the Westlake novel in much the same manner that our hero, Tommy Martini, ruthlessly deals with a skeavy spectrum of would-be assassins out to revenge the various sins that Tommy inherits from his bent priest uncle. Bigger than life and twice as punishing, Tommy Martini, in search only of inner peace and the contemplative life, finds himself forced to wade through a deadly sea of hired killers, mad UFO priestesses, jealous cousins, and haughty crime lords just to keep his head above the dirt. Continually surprising, endlessly shocking and mesmerizing, Martini's exploits across the brilliantly limned gaudy and grotesque landscape of the Southwest are replete with the trademark Kotzwinkle droll observations, effervescent dialogue, and off-kilter insights. Robert Parker and James Crumley come to mind -- then quickly get left behind in the rearview mirror. You want Tommy Martini in your corner, not on the other side, and thanks to Kotzwinkle's unique verve and talents, every reader can be the ex-monk's best friend -- if they dare!"
Visitors to this page also looked at these authors
John W Campbell
R A Salvatore
Jasper Fforde
J A Konrath
Robert Dugoni
Stephen Graham Jones
Teresa Driscoll
Jack Cady
Leigh Brackett
Steven R Boyett
James P Blaylock
David Garnett
Craig Shaw Gardner
Jacques Futrelle
Karen Joy Fowler
Robert L Forward